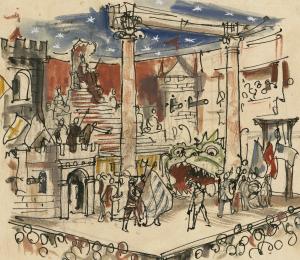 Early landmark studies of the economic context of the English Renaissance stage presented its drama as reflections of large-scale economic changes, such as price inflation, urbanization, the supersession of customary forms of land tenure by leaseholds, and the rise of merchant capital. Recent scholarship has favored more focused analyses of material, legal, and social practices specific to different domains of economic activity. Following the “new economic criticism,” which understands economics itself as a type of discourse rather than as an  extradiscursive reality grounding representation, scholars have traced formal similarities between economic writing and drama, showing that, rather than the latter passively reflecting the former, both actively engaged with emergent economic ideas. This project asks what new models of the relationship between English Renaissance drama and economic history are suggested by recent scholarship, and how might such models guide the next generation of scholarly work?