Across the Traumatic Divide: Affective Journeys that Restructure Reason 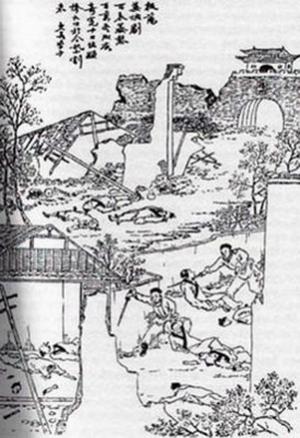 This research aims to illuminate how traumatic memories transmit across generations in a way that accentuates the ontology of affect to inspire moral reasoning. For a traditional Chinese intellectual, reason entails not so much rational thinking devoid of affect as essentially a configuration of one’s emotions, as one subscribes to a set of moral values and ethically cultivates one’s body and mind. Within the purview of this notion of the Confucian personhood, affect becomes a philosophical entity that denotes the tendency within human nature that can either bring out or move away from moral constancy. Concurrent with this deep-seated distrust of affect is the predominant view on poetry as rising from the loss of inner equilibrium. Counteracting anxieties about the swaying power of poetry, traditional Chinese discourse on literature prescribes that writing must stem from emotions while being kept within decorum by ritual and propriety.

The Manchu conquest of China from 1630s to 1690s created an unprecedented rupture in traditional Chinese cultural life—this was the first time when a non-ethnic Chinese power dictated the way Han subjects were expected to dress and shave their hair. Even more menacing to orthodox Chinese thinkers was the Manchu authority’s intent on assuming the role of the Confucian sage ruler. Consequently, scholar-officials who considered themselves to have resided at the heart of Confucian cultural legacy documented the crumbling of the moral world during the upheaval of war. Traumatic experiences unleashed emotions that engulfed and consumed the individual in devastating ways, yet it was exactly such emotions—guilt, shame, bereavement, and disillusion—that paved the ground on which memorial writings sought to reclaim a sense of reason and order. Literature was no longer a means to carry the Confucian Way to channel and regulate one’s emotions. Rather emotions drove the writers to explore, through moral reasoning, various narrative possibilities for solace, camaraderie, and community.