Border Fictions: Globalization, Empire, and Writing at the Boundaries of the United States 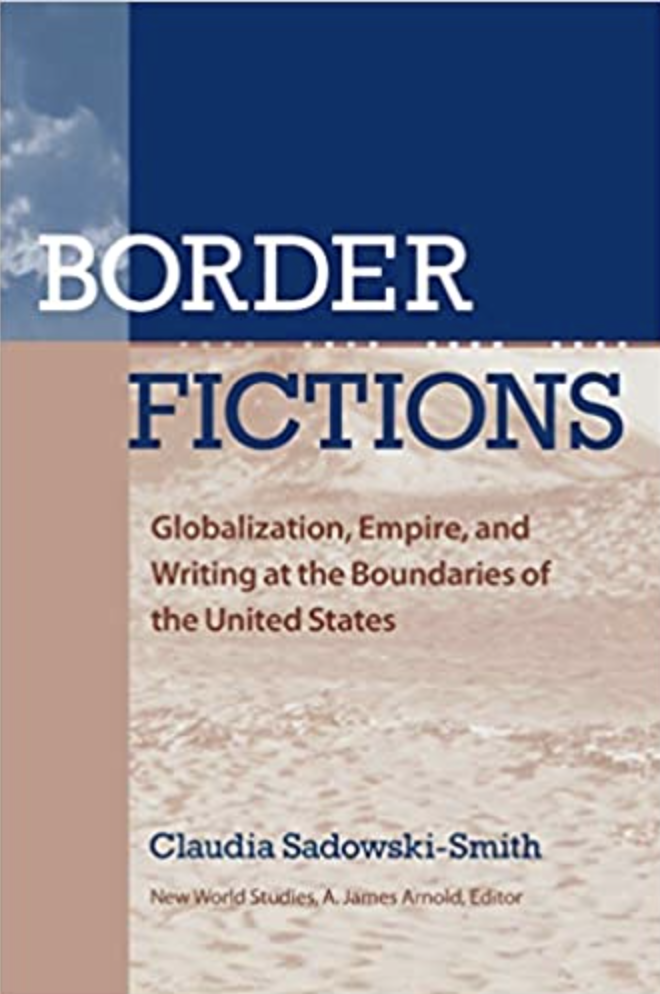 Sadowski-Smith, Assistant Professor of English at Arizona State University and the editor of "Globalization on the Line: Culture, Capital, and Citizenship at U.S. Borders," is the recipient of the 2009 IHR Transdisciplinary Humanities Book Award for "Border Fictions: Globalization, Empire, and Writing at the Boundaries of the United States" (The University of Virginia Press, 2008).

"Border Fictions" offers the first comparative analysis of multiethnic and transnational cultural representations about the U.S. borders with Mexico and Canada. Blending textual analysis with theories of globalization and empire, Claudia Sadowski-Smith forges a new model of inter-American studies.

"Border Fictions" places into dialogue a variety of hemispheric perspectives from Chicana/o, Asian American, American Indian, Latin American and Canadian studies. Each chapter examines fiction that ranges widely, from celebrated authors such as Carlos Fuentes, Leslie Marmon Silko and Alberto Ríos to writers whose contributions to border literature have not yet been fully appreciated, including Karen Tei Yamashita, Thomas King, Janette Turner Hospital and emerging Chicana/o writers of the U.S.-Mexico border.

Proposing a diverse and geographically expansive view of border and inter-American studies, "Border Fictions" links the work of these and numerous other authors to civil rights movements, environmental justice activism, struggles for land and border-crossing rights, as well as to anti-imperialist forms of nationalism in the United States’ neighboring countries. The book forces us to take into account the ways in which shifts in the nature of global relations affect literary production, especially in its hemispheric manifestations.