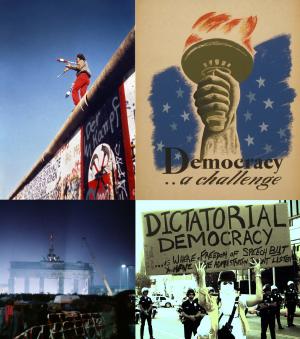 Affects, feelings and emotions do not simply react to historical developments but rather emboss social interactions and rendering them historically potent. This project examines the democratization of democracy in the USA and the Federal Republic of Germany between 1949 and 1990, considering the questions as to how affects and feelings gained social power in action and how the apparent contradiction between emotions and reason became historically effective. For this purpose discourses, as well as real actions and intensions in state, administration and society, will be analyzed. The project focuses on three topics, which can – according to the results of the archival research – be examined on the basis of strong and comparable sources: participation, integration and prevention. With the help of those examples, the process of democratization in the USA and the Federal Republic can be analyzed from a comparative perspective. At the same time, the project will examine the role affects, feelings and apparent rational behavior played in said process. The chapter on participation compares how disadvantaged groups fought for equal rights (women, minorities, disabled persons) in the USA and in the Federal Republic. Furthermore, how those groups gradually plucked up the courage to raise their voice and bring up their legitimate demands will also be analyzed. The reaction of the opposition (men, majority society etc.) was especially dominated by fear of rivalry and also the loss of status and power. Hence, emotions are a central category for examining discourses and actions which are based on a seemingly rational basis. It remains to be analyzed, to what extent feelings and mind in historical reality are actually antagonisms. In turn, the chapter on integration explores the topic “immigration and society”. The fields of immigration and professional life as well as the observation of immigrants by the security apparatus serve as examples. Labor migrants, for example, have been recruited deliberately due to rational economic motives. At the same time the unease of many citizens because of apparent foreign infiltration, fear of foreign crime and assumed competition for employment becomes obvious. The importance of emotions in historical developments and a pretended contrast between feelings and mind becomes self-evident. Progress in the process of democratization will be investigated on the basis of respect for the immigrants’ rights and on the basis of their integration into society. In the sphere of prevention, on the other hand, the role of public security and order, which is naturally subject to emotionally dominated debates in democracies, will be compared in both countries. Thereby, the fundamental relation between citizens and state power will be picked out as a central theme. This relation was largely emotionally connoted until well into the 1970's and is central to democratization. The examples will provide an overall picture and answer the central question of this project: "What role did emotions and rational behavior play in the process of democratization in the USA and the Federal Republic?"