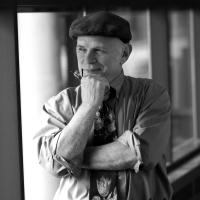 Harry C. Boyte is the founder of the international youth civic education initiative Public Achievement and co-founder with Marie Ström of the Public Work Academy. He also founded the Center for Democracy and Citizenship at the University of Minnesota, now merged into the Sabo Center for Democracy and Citizenship at Augsburg University where he is Senior Scholar in Public Work Philosophy. He has coordinated a variety of educational, civic, business and philanthropic civic groups, including those that worked with both the Clinton White House Domestic Policy Council and the Obama 2008 campaign. Boyte’s forthcoming book, "Awakening Democracy through Public Work" (Vanderbilt University Press 2018), recounts lessons from 30 years of work aimed at empowering young people and others and revitalizing the civic purposes of K-12, higher education, professions, governments, development work and other settings.

He will be sharing his talk, "Public Universities, Democracy and the Citizen Professional."

Deep in the hearts of many Americans lies a fear about the future of our democracy. The word “democracy” signifies a government that gives the people power to forge the path of their country’s future, but week after week it becomes clearer that those “people” are a select few, and “we the People” are watching on the sidelines as powerful individuals dictate the outcomes of our nation.

Harry C. Boyte’s lecture, “Public Universities, Democracy and the Citizen Professional,” will teach citizens how to overcome powerlessness in a time of globalization, authoritarian trends, and a metastasizing consumer culture. Together, we can engage in the civic life of communities to become empowered agents instead of victims of social change.

Boyte will build on his piece recently published in Minnpost titled "Populism or Socialism? The Divided Heart of the Green New Deal," which argues that we face a fateful choice of paths ahead — and public humanities have an enormous role to play in stimulating our efforts and expanding our imaginations.