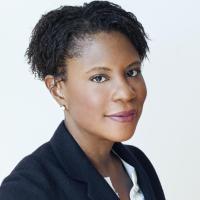 Alondra Nelson is the President of the Social Science Research Council, an award-winning author, Professor of Sociology, and Dean of Social Science at Columbia University, where she has served as Director of the Institute for Research on Women, Gender, and Sexuality. Nelson is celebrated for her work exploring the intersections of science, technology, medicine, and inequality. Her most recent book, The Social Life of DNA: Race, Reparations, and Reconciliation after the Genome (Beacon Press, 2016), traces how claims about ancestry are marshaled together with genetic analysis in a range of social ventures. She is also the author of Body and Soul: The Black Panther Party and the Fight against Medical Discrimination (University of Minnesota Press, 2013), which argues that the Party’s understanding of health as a basic human right and its engagement with the social implications of genetics anticipated current debates about the politics of health and race. Her essays, reviews, and commentary have appeared in publications such as The New York Times, The Washington Post, and Science.

She will be sharing her talk, "Reconciliation Projects: The Racial Politics of Genetic Ancestry Testing."

DNA is a master key that unlocks medical and forensic secrets, but its genealogical life is revelatory. This billion-dollar industry has spawned popular television shows, websites, and a booming heritage tourism circuit. African Americans' interest in genetic ancestry testing has been especially robust. DNA-based techniques are being used to grapple with the unfinished business of slavery: to foster reconciliation, to establish ties with ancestral homelands, to rethink citizenship, and to make legal claims for slavery reparations. As Nelson will describe, for good and for naught, the double helix has wound its way into the heart of some of the most urgent contemporary social issues around race.