Porous Borders: Multiracial Migrations and the Law in the U.S.-Mexico Borderlands 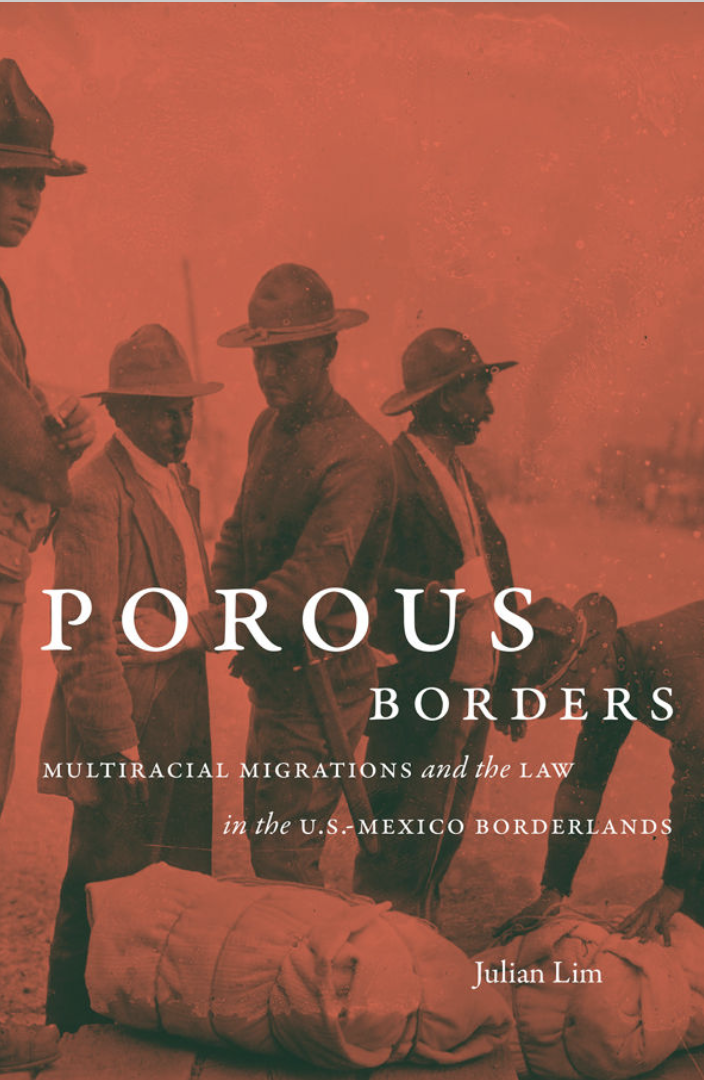 With the railroad's arrival in the late nineteenth century, immigrants of all colors rushed to the U.S.-Mexico borderlands, transforming the region into a booming international hub of economic and human activity. Following the stream of Mexican, Chinese and African American migration, Julian Lim presents a fresh study of the multiracial intersections of the borderlands, where diverse peoples crossed multiple boundaries in search of new economic opportunities and social relations. However, as these migrants came together in ways that blurred and confounded elite expectations of racial order, both the United States and Mexico resorted to increasingly exclusionary immigration policies in order to make the multiracial populations of the borderlands less visible within the body politic, and to remove them from the boundaries of national identity altogether.

Using a variety of English- and Spanish-language primary sources from both sides of the border, Lim reveals how a borderlands region that has traditionally been defined by Mexican-Anglo relations was in fact shaped by a diverse population that came together dynamically through work and play, in the streets and in homes, through war and marriage, and in the very act of crossing the border.